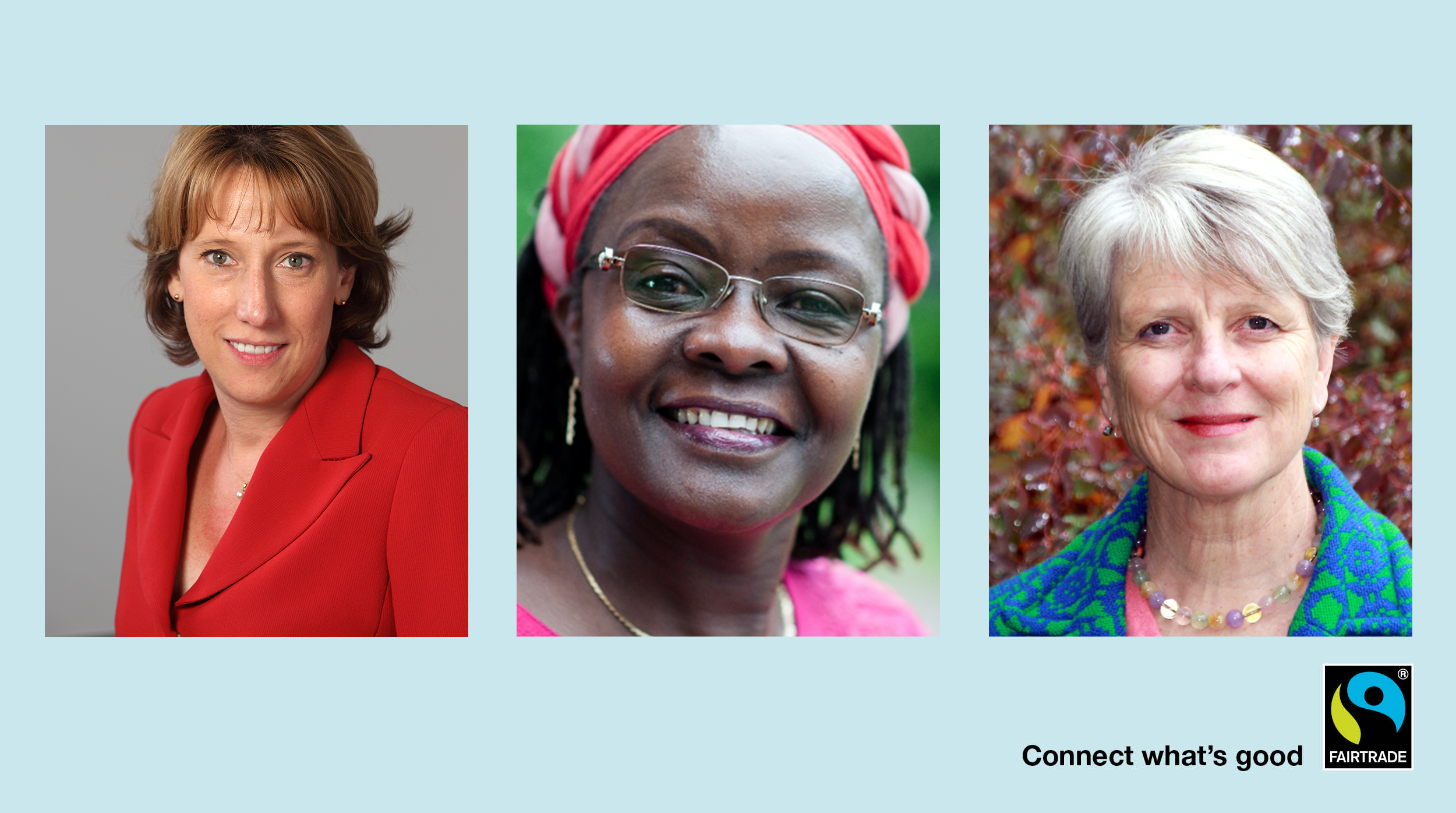 On International’s Women’s Day (and beyond) we want to celebrate the role that women play within Fairtrade . From farmers, to workers, to CEOs and staff, women in Fairtrade all strive to change trade for the better, and positively impact our communities.

Today, we had a chat with three women who have a key role at Fairtrade leadership. We wanted to learn what challenges they see ahead, how Fairtrade makes a difference, and lastly what advice they had.

Around 60-80 percent of the world’s food is grown by women. And, as we have seen firsthand from Fairtrade producers, they are business savvy, while helping support their communities.  Yet, challenges remain. What would you say is one key challenge faced by women producers and workers?

Lynette: While the role of women in agriculture has increased over time, women continue to have less access to land ownership and often considerably less income compared to men. This keeps reinforcing patterns of female disempowerment.

Nyagaoy: I would say not having an equal voice (compared to men) in decision making within their homes, organizations and communities. We see that in many producer organizations.

Melissa: I would really like to stress that women producers and workers are no different. We want similar things. That is to care for our families, be respected in our own right and to be able to make decisions for ourselves. We can all face discrimination and the negative effects of power imbalance. That is also why I was drawn to Fairtrade.

Considering the challenges above, if you had to highlight one activity Fairtrade does to advance women's rights, what would that be?

Nyagoy: I would say our flagship programme the Women School of Leadership. It focuses on the individual, and promotes women's access to and control over income, productive resources, markets and basic services. We also encourage women to assume leadership positions in producer organizations and other structures within their communities.

In general, beyond this programme, Fairtrade adopts a formal approach to addressing gender equity. By increasing gender responsiveness and fairness within structures and policies of producer organizations, we help to create a consciousness of gender biases. We believe that families and communities are stronger when women have the ability to earn a livelihood and have a voice in decision making.

Lynette: I completely agree. I have always been very impressed with Fairtrade’s gender leadership schools. This began with the Women's Leadership School in Central America in 2014, and was replicated in Côte d'Ivoire starting in 2017. And just recently, we have seen 25 women and five men from Kyrgyzstan in Central Asia graduate from the Asia Pacific region’s first Fairtrade Gender Leadership School.

All of these initiatives have aimed at improving the positions of women in agricultural work and within their communities. I would like to congratulate all of the graduates from these schools for their perseverance and commitment. I wish them all much success in the future.

Melissa: I often say that the democratic principles and structures embedded in Fairtrade are what makes it so unique. It’s sometimes hard to explain just how important it is that women have a voice and a vote in decision-making as part of the Fairtrade model, and are not excluded because of their gender.

Lastly, out of curiosity, what advice would you give to your 20 year-old self?

Melissa: ‘Be true to yourself’ might sound like a cliché right now but you’ll realise that speaking authentically is the best way to honor others and is part of the secret to happiness. Stick with the Spanish classes or you’ll regret it and buy a few shares in that little-known company, Apple!

Lynette: Don't worry so much. Learn to speak your truth with courage, compassion and dignity - there is always power in speaking from the heart. You will make mistakes and bad things will happen. You will learn immeasurably from those mistakes and bad things always pass. Laugh ... not at people, with them.  Don't burn bridges, forgive.  Finally, build and look after your inner sanctum of trusted family and friends - nothing is more precious.

Nyagoy: The advice would be guided by three African proverbs:

1. "If you think that you are too small to make a difference, you haven't spent a night with a mosquito."

2. "If the rhythm of the drum beat changes, the dance step must adapt."

3. "However long the night, the dawn will break"

Thank you very much to the three of you, we are very curious to see where you and Fairtrade takes us all next.

For more information on our work on gender equality, please visit the dedicated page.